Czese from Poland
What sights we are seeing and kilometres we are mounting! We have travelled through the Netherlands to get to northern Germany and then into Poland. Most of our journey through Germany was along the coast of the Baltic Sea where MANY people go on holiday. The camping grounds reminded me of Kaiteriteri. Poland is a mix of very new and very old buildings and towns.
The photos might need some explaining and we are doing a lot more than driving, drinking tea and eating!!
The shot with the jams etc was at breakfast in the Netherlands. Look closely at the top boxes!!!! I did think of all you chocolate lovers....and for breakfast!!!!!
Warsaw has an old town which was actually rebuilt in the early 1950's having been devastated in WW2. I'm standing in front of the palace. Can you see any school parties in the distance?? There were dozens!
The photo with me in front of a building with very tall spire is also in Warsaw. It is the Palace of Culture, modelled on the Empire State Building in New York!!!!! Oh what an umleitung to tell you about that place!!
You will see Mr Jones just over the speed limit on one motorway (131 is 1 km over the limit)!!!! The 141 is only 1 km over the limit!!!!!!!!!!
Today, we came across a First Eucharist Mass!!!! Boys and girls were in the same gown (much like altar serving clothes). We arrived at 4.30pm thinking, that because the students were all gathering, Mass was about to begin but no!!!! Mass started at 6pm! Room 4, it was organised chaos! The students were arriving, framed certificates were being given out and if the student was late, they just ran up to the altar rails and looked for theirs! They then had photos with the Parish Priest, group photos (there were about 100 students) and then...exposition of the Eucharist, as we do at Easter when Father Pat has the large altar bread in the middle of the large gold cross...then Mass began! Phew!! Mr Jones and I were able to follow the mass, just. I had to kneel down to receive communion and receive the holy eucharist on my tongue. The very old gentleman behind us was very intrigued by us.
The old part of the town we are staying in a UNESCO Heritage town called Zamosca. It is beautiful. In winter the temperature doesn't rise above zero!
Enough for now. I'm looking forward to hearing about the netball girls. Lads, how is the rugby going? What about the soccer?
Love to you all, God Bless
Mrs Jones x

PS enjoy saying the word on the road sign!! Especially for you Megs!!! :D 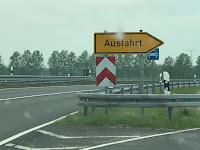 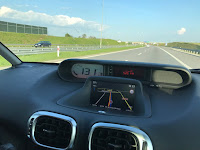 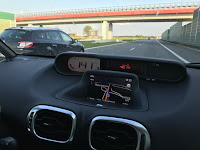 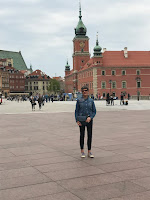 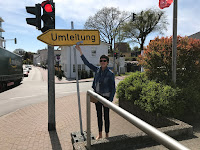 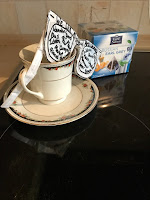 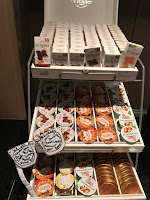 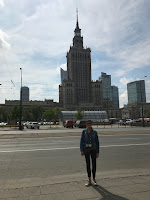 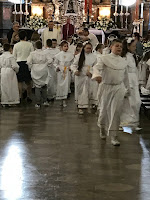 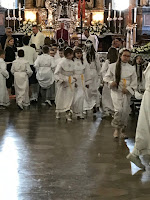 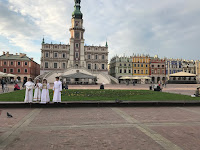 Greetings from the UK

Hi Room 4
Here we are in New York.  Can you guess what the rather tall building is behind me? Our friend was determined to find Mr Jones a tasty New York ice cream...a three scooper!!!!
I couldn't resist posting Sonya, oops, I really mean Riley and Grace, locking Sonya away for the term.
We are in the UK at present, in Broughton in Furness, a very small village in Cumbria. Cumbria is a place people come to for walking and cycling holidays.  Sonya wouldn't cope with the hills and narrow, winding roads!! We have enjoyed many walks in glorious sunshine.  We head for Paris and the start of our adventures in Europe on Monday.
Love to you all. God Bless
Mrs Jones 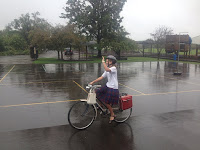 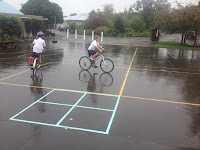 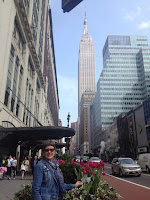 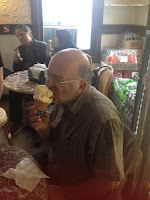